Samsung Galaxy Home Mini, the first smart speaker with Bixby (the company’s virtual assistant, evolution of S Voice), will debut this year. Hyunsuk Kim, one of the company’s chief executives, has in fact told Bloomberg that the device will be available for purchase in the “first few months of 2020”.

For the first time, the Samsung Galaxy Home Mini was seen at the company’s Note 9 event in 2018, but very little has been heard of the smart speaker since then. Assuming the Korean giant doesn’t postpone its release, it means that users will finally be able to get their hands on the device with Bixby over a year and a half after the announcement. The most bizarre aspect is that Samsung Galaxy Home Mini could be a vaporware: Kim has in fact revealed that the company has not yet decided whether the smart speaker will see the light or not. 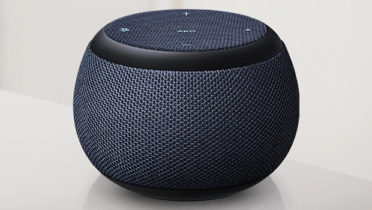 It also appears that Samsung has scaled back its ambitions for Bixby. Rather than making artificial intelligence available to users that can hold a conversation, Kim said the company preferred to focus on controlling other Samsung devices and equipment. For example, consumers will be able to tell Bixby when they want the dishwasher to wash the dishes, letting the virtual assistant set up a program for them.

On debut, it also appears that Samsung will not include an Alexa Skills-like API that will allow other companies to run their products with the Galaxy Home Mini. It will be interesting to find out if, at this point, the Korean company will decide to launch its domestic assistant or if it will abort the project at the very end: competition is ruthless on the other hand, but at this point it would be a shame not to see it on the market